Former homeless Paula Pura: “During our walking tour, we experience empathy together”.

Paula Pura used to use drugs as a remedy to her fear and shame. Now she is walking people across Pasila, a part of Helsinki, Finland, as a street guide for Hima & Stada to help them feel more compassion.

First, there was fear, then came drugs and finally a severe mental instability. Until a few years ago, Paula Pura spent time at Pasila Station and other public places as she had no access to an apartment. Life was lonely, and the psyche was in bad shape.

Now the station means a new life. We are at Rauhanasema(Station of Peace), next to Pasila station. The text on the yellow wooden house reads: “One blood for all mankind”. It is a great starting point for a walking tour, during which Pura leads the group to the topics of homelessness and mental health of young women. She lived for two years without an apartment. Today, she is a part of those streets, and there is nothing to fear anymore.

Pura feels that she was not taken seriously in health care centers because she could talk about her situation quite well and openly. Eventually, she applied for an addiction support group.

“I tried to get help at the healthcare center, but I only got shelters phone numbers.”

We arrive at Junailijankuja(Street name), where there is a housing unit for long-term homeless called Vailla Housing Association. According to Pura, it is important that there are such places.

Pura lived for 10 months in the Sillanpirti housing unit, which provides assistance to homeless drug users. During that time, she participated in the community-based rehabilitation program.

Community care was essential to my survival. Without it, I would not have been able to achieve stable abstinence.

Just over a year and a half ago, Pura got her own apartment and moved out of the streets.

“A drug user stops only when he or she wants to. More such treatment facilities are needed. I couldn’t have been without drugs otherwise.”

According to Pura, the person seeking help often receives medication instead of treatment because there are not enough resources. She also criticized the lack of services targeted at women. 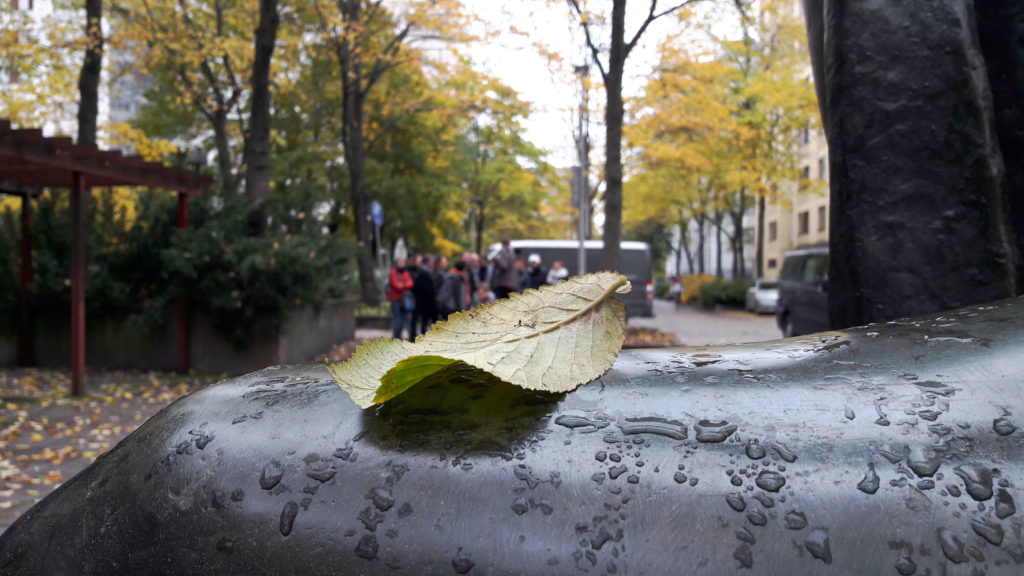 Loneliness has been in Paula Pura’s life since childhood. In her hard times, she became passionate about art and especially dance. Thanks to Flamenco she has been free to experience and express all her feelings.

“There was at least one hour a week when I felt safe.”

We walk to the old railway engines in Pasila and proceed to the urban garden and a nearby laboratory, maintained by the Dodo environmental organization. The organization works on a voluntary basis, and the idea is the opposite of loneliness, community.

Many young people participate in walking tours. When Paula asked what the youngster wanted to do for their school outing, they showed interest in being together even when teachers suggested hanging out in the malls. 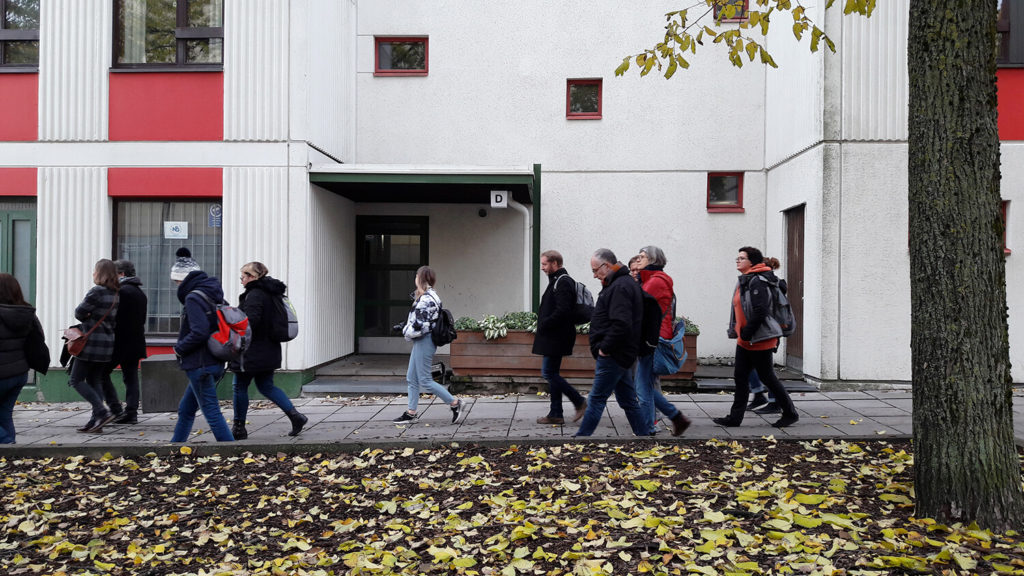 For the sake of compassion

The tour ends at Aurora Hospital. Today, the place serves not only as an infectious disease hospital but also as a psychiatric hospital. Occasionally, detox patients receive Paula Pura, who provides them with information on detoxification.

These people are in the same situation as Paula before. In most cases, they do believe that a drug-free life is no longer possible. Paula’s mission is to restore hope.

It’s time to give thanks and go home. For most of us, it always the case, and this experience was like catching a glimpse of homelessness.

We have been together, different people. Which, according to Paula Pura, is what is important.

“The tours raise my compassion because we all share similar feelings.”

Regardless of each one’s background, every walker experiences the streets of East Pasila together. From the station to the hospital, past concrete houses, street arts and wildly swirling leaves. We walk through one person’s past and hear a powerful message: I survived.

The tours are organized by Hima & Strada the Finnish Federation’s project that aimed at raising awareness and preventing homelessness.

Article and pictures by Suvi Pärnänen.